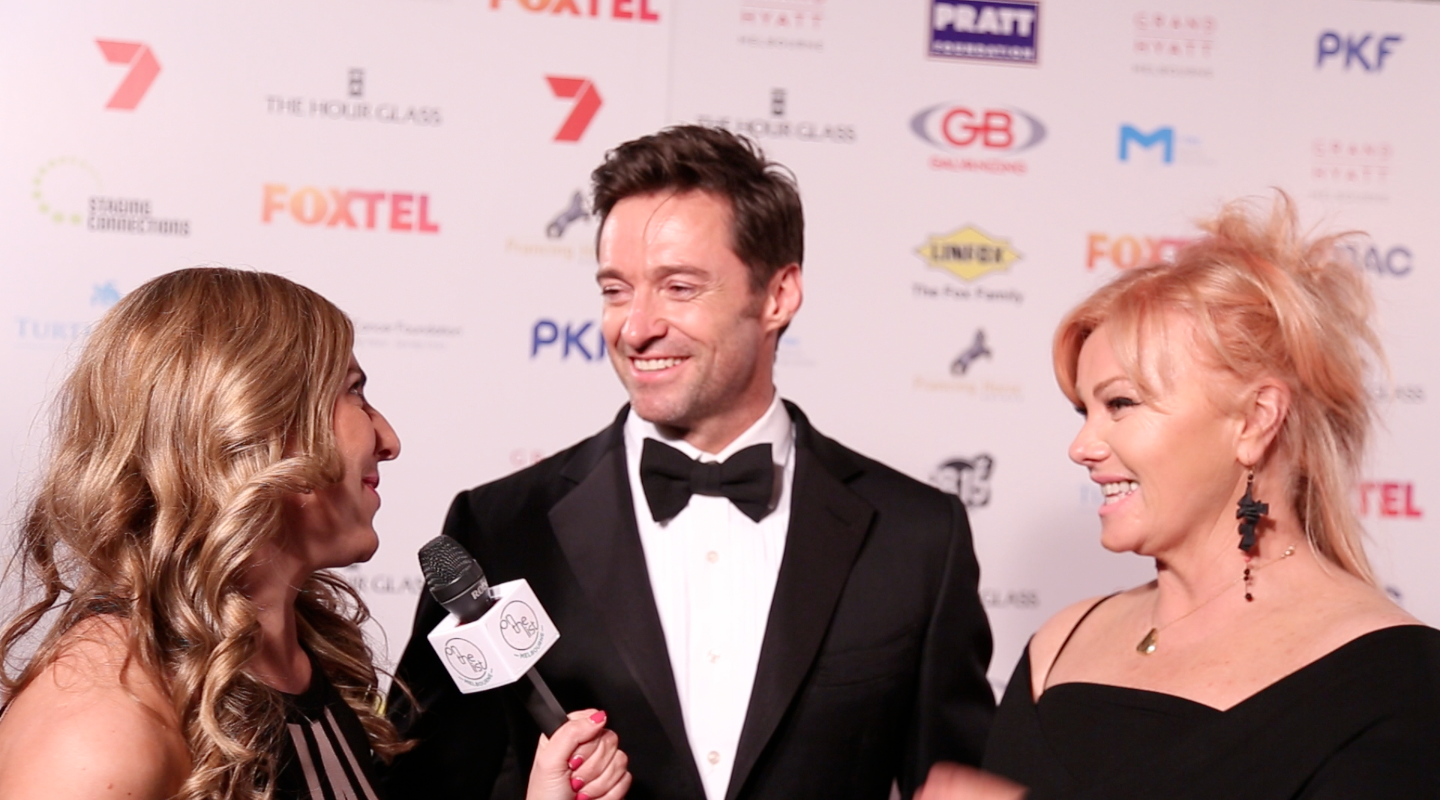 Last night Melbourne played host to the 23rd Red Ball at the Grand Hyatt and On The List Melbourne was on the red carpet with an eye on the prize…Hugh Jackman!

The Red Ball is considered a staple on the Melbourne calendar and always attracts the A-listers of Melbourne. It started 23 years ago to raise money and awareness for the Fight Cancer Foundation and since then has raised over $2.5 million.

We were in a uniquely lucky position to be able to get an interview with everyone we wanted to talk to on the red carpet for more than just a few seconds (not normally how that game is played!).

And would you believe the man of the moment and his dazzling wife Hugh and Deb were the first to take the carpet! Hoorah!! We had a gorgeous chat with them, they are so down to earth and more than lovely, and how cute was that little peck! We were chuffed to get the little ‘scoop’ of the evening. Bless.

I nearly died of laughter with what happened with Magda Szubanski – you’ll have to wait for the full video to see what I mean. Let’s just say we’re slag sisters now…

Kerri-Anne was the MC for the night and holy hell was she a smoke bomb. She looked incredible in a long red lace dress, she’s really toned up, she was rocking a cooking tan and had a super stylish faux bob. Honestly she was by far the best dressed, and what a gorgeous humble woman. She was open, honest and really lovely to chat to.

Erin Bana strolled in about 20 minutes after red carpet finished so only those committed to the cause were able to snag an interview with him. Survival of the fittest on the red carpet!

Overall, we had a great time being there, met some wonderful down to earth superstars and were thrilled to support an important cause. The Red Ball is coming back in 2016 so get your tix early.

We teamed up with our super cool mates The Plus Ones for this video!! Check em out!