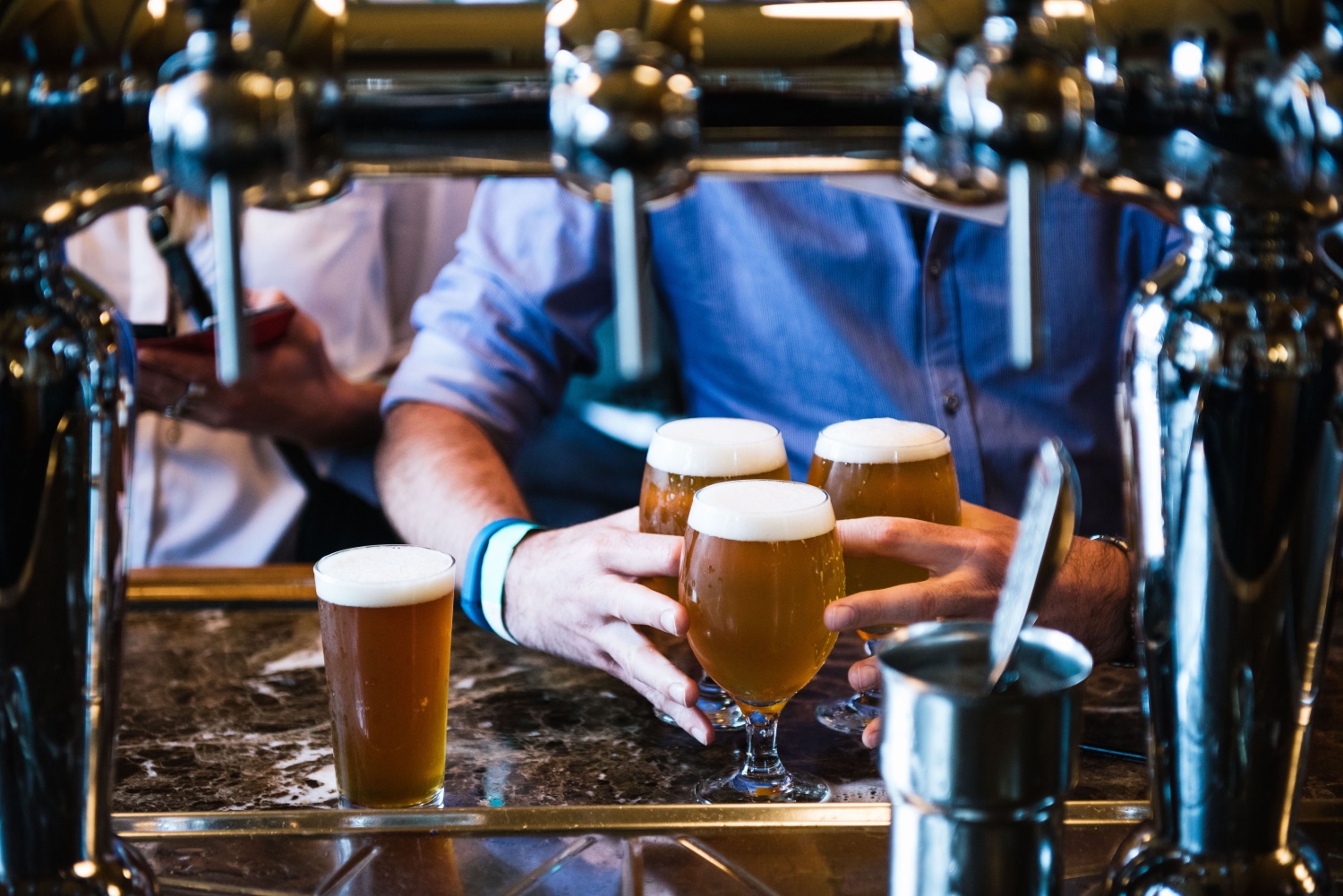 “The Best Beer Week in the World” is back for its 7th year. From May 12 – 21, Australian and international brewers are coming together for Good Beer Week. Expect high tea with beer, beer ramen and a special USA and Black Pearl collaboration.

If you want to learn how to craft these amazing cocktails, join Grier in his Masterclass: Cocktails on Tap – The Art of Mixing Spirits and Beer.

FOODIE
The Beer Ramen
Shizuku and Moon Brewery are making all our ramen dreams come true with their miso beer ramen. Yup, you read that right. Miso. Beer. Ramen. And that’s just one of the five courses that use beer as a flavour or ingredient! Expect multiple beer appearances in the form of rich sauces, foam and malt.

Continuing on the unusual but brilliant beer in food trend, check out Slowbeer & Friends – Exit Takeover. We hear they’re doing a world-first beer release in BOTH liquid and cake form. Yup, beer cupcakes.

The Mill Brewery & Melbourne Vegan Eats Showcase
This is one for the veggie lovers! Mill Brewery is making their debut appearance at Good Beer Week with Melbourne Vegan Eats Brew and Food Fest. Try vegan bar and street food that’ll make you question any preconceptions you’ve ever had about vegan food. There’s vegan southern fried chicken burgers, duck wraps, calamari rings and pulled pork nachos. Plus, they all pair perfectly with The Mill’s speciality craft beers.

Good Burger Week
Burger masterminds, Rockwell and Sons are teaming up with the amazing Garage Project Brewery for a week of burger and beer. On for the entire Good Beer Week, they’re offering a brand new burger with a never before seen in Australia beer every day! LOCAL HEROES
The Public Brewery & The Fantastic Four
Four of Victoria’s most loved breweries and their brewers are battling it out to discover the best brewer in Victoria. Bad Shepherd, Fury and Son, Old Wives Ales and 2 Brothers go head to head with Public Brewery to create the best small-batch beer. All you have to do is sample and vote for your favourite.

Don’t forget to raise a pint to Melbourne’s best pubs and publicans at the Time Out Melbourne Pub Awards! INTERNATIONAL FAVOURITES
Brooklyn Brewery Hits Beer and Burger Bar
Brooklyn Brewery is bringing a little US of A to Melbourne. Taking over the taps at The Beer and Burger Bar, their cold brews are the perfect match to American burgers and hotdogs. For $25, you get a special burger or hotdog with the Brooklyn Lager, East IPA, American Pale or Summer Ale. Plus, it comes with a side of thick cut chips. Sold.

If you want a competition where local heroes face off against international favourites, you can’t miss Victoria vs. The World Showdown.

More into learning all about regional and international beers? Check out the Pint of Origin events! There’s even a gypsy brewer featured this year.