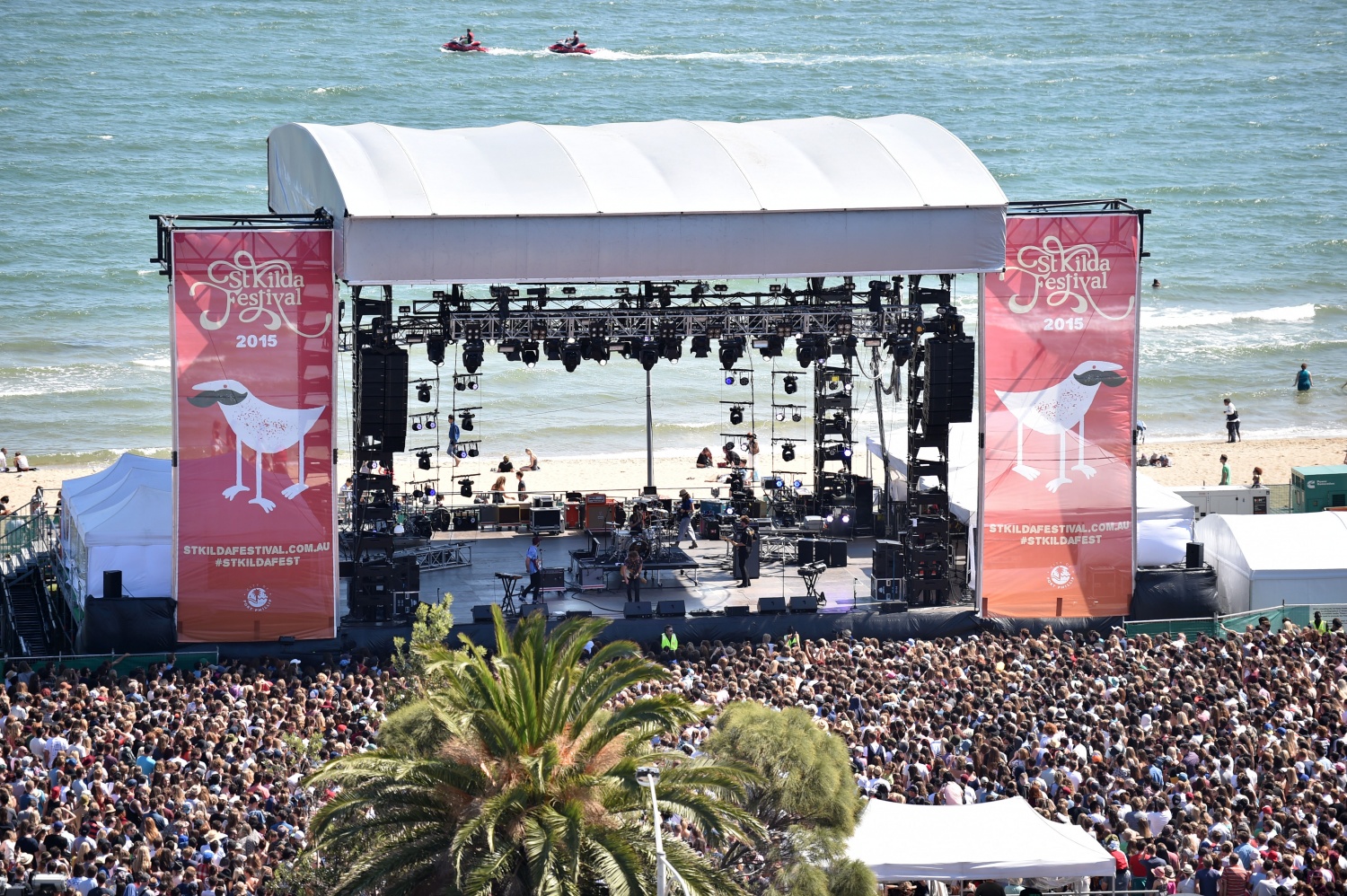 With so much to see and do and not enough time, we’ve compiled our top picks for St. Kilda Fest into the ultimate cheat sheet.

MUSIC
St. Kilda Fest is all about the music. With over 50 artists performing on 6 different sound stages, you’re spoilt for choice!

Go nuts on Festival Sunday with headliners like The Bombay Royale, an 11-piece Australian band inspired by 60’s and 70’s Bollywood soundtracks. While Client Liaison will get you hooked on 90’s synth pop. Of course, we’ve got to give a shoutout to Briggs, a kickass rapper, from Shepparton #sheplife. Also keep an eye out for The Beards, an Australian comedy folk rock band, with songs about (what else?) beards! Finally, capping off the night with house music is Hayden James.

Be sure to check out their full Festival Sunday set list!

ACTIVITIES
Love Boulevard
Melbourne may have bid adieu to the lovelocks on the Yarra footbridge, but the good news is you can now publicly display your love in St. Kilda by placing a lovelock and sharing a sweet Valentine’s message on a designated tree on Fitzroy St.

Latin Quarter
Turn the heat up with three different New York salsa styles! They’ll have Mambo, Boogaloo, Pachanga, along with a few more! If you happen to be a fan of NY Latin music but have two left feet, don’t worry Salvatore Fuccio and Juan Cretino will whip you up to shape in no time. If you still aren’t keen on hitting the dance floor, just chill out to the sounds of Que Chevere and Cheb Ali’s Miami Style Latin House set.

Bubble Soccer
Bubble soccer has been making the rounds on YouTube and Facebook. Now it’s your turn to unleash your inner kid and join in on the fun! Will you score a goal or end up rolling around in your plastic bubble? They’re also offering human foosball and a slip n’ slide soapy soccer. Random but fun!

Beach Bocce & Gelato
Even if sports aren’t your thing give beach bocce a shot. Why? Because even if you aren’t a beach bocce star, you’ll still score a delicious scoop of Pidapipo ice cream. Still not convinced? You can always just chill out at the viewing deck and listen to their live DJ.

GOOD KARMA
Beyond Blue (Van Valentine)
Calling all gals and guys! Beyond Blue will be offering a little pampering in their minivan, Van Valentine. Guys can get a bit of grooming from Urban Man, while girls can sit back and relax as they get manis done by Scream Nails team. Donations are encouraged and it all goes to raising awareness about mental wellbeing.

Cupid’s Undie Run
On your marks… Get set… Strip! Well, not really. Just until your knickers. It’s for the Children’s Tumor Foundation and (let’s be honest) for some cheeky good fun. For more information about Cupid’s Undie Run, check out our Valentine’s Weekend article.

High Heel Race
Did you know heels are actually great for your calf muscles? If that’s not enough of a reason, this is your chance to get into the Guinness World Book of Records for the largest high heel race! Plus it’s all to raise funds for Australians living with cancer. This isn’t just for the ladies either. Lads go grab, borrow, or steal some heels and support an amazing cause!

INSIDER TIP
Together Events St Kilda Festival at Captain Baxter & St Kilda Sea Baths
While you’re in the St. Kilda area, you might as well check out the crazy fun event happening on the foreshore. Show up dressed for summer and dance to the tunes of Melbourne hottest DJs. Headliners include John Course, Andy Murphy, and Lauren Mac But be sure to pre-order your tickets, since they aren’t available at the door!