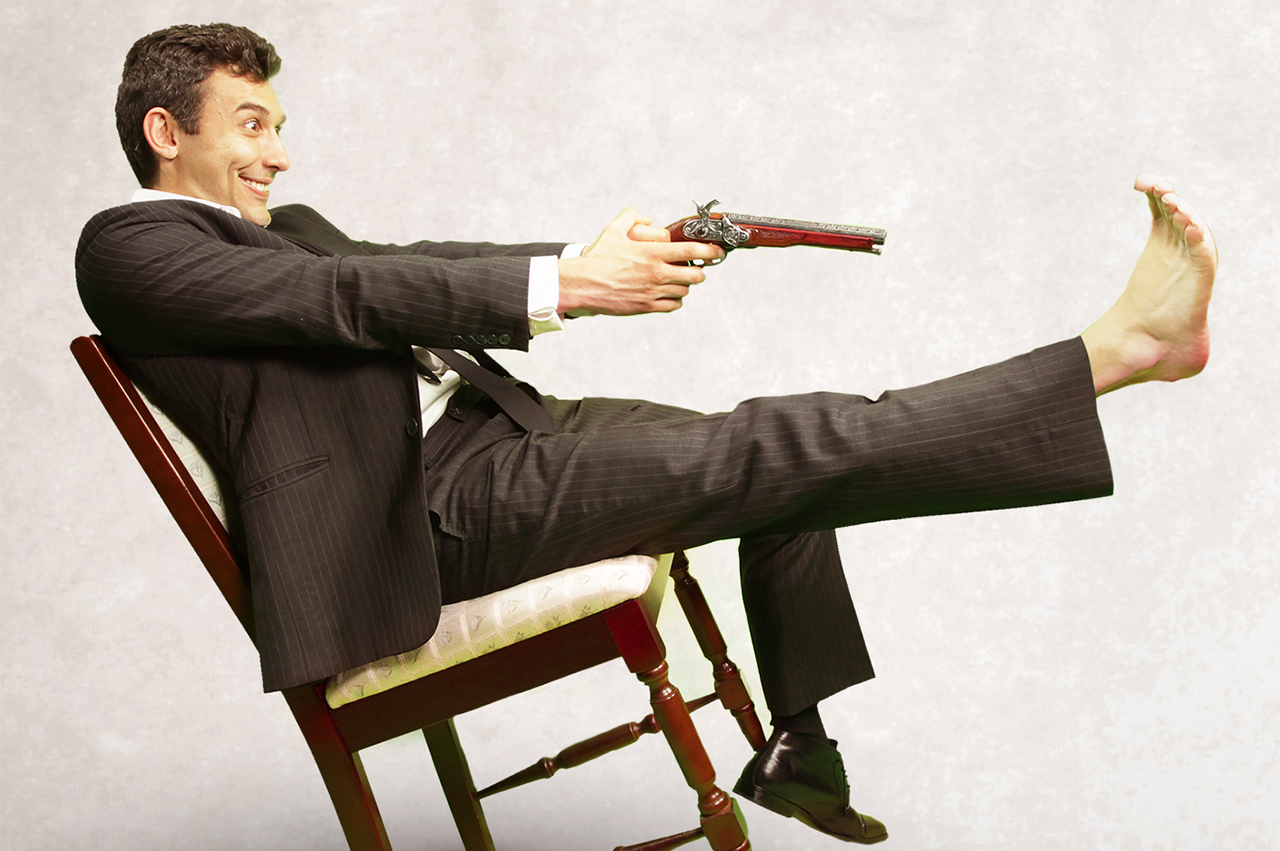 George Dimarelos is back on the Melbourne International Comedy Festival stage with his latest show, Self-Sabotage. Join him at The Bull and Bear Tavern as he lists all the things that have gone wrong in his life from awkward high fives to being stranded on a Scottish mountaintop –naked.

>>> WIN A DOUBLE PASS TO SELF SABOTAGE HERE

George Dimarelos doesn’t try hard to be funny –he naturally is. And he’s not just funny either. He’s witty, quick on his feet and knows exactly the right thing to say when put on the spot to get the audience laughing.

Oh, and he hates compliments (Oops!). He can’t give it or receive it -which it turns out is also his stance on homosexual sex. It’s resulted in a few failed relationships because when asked, “How do I look?” replying with, “Oh. You look like the weather… fine” probably isn’t the best move.

George will have you laughing as he reveals his romantic misfortunes and professional failures. Think drunkenly joining a girl and her friends on a hike up a Scottish mountaintop and then getting stranded there naked or performing stand-up comedy to 30 Scotsmen who refuse to crack a smile for an entire hour and then everything just going downhill from there.

However, George is at his funniest when he decides to reminisce on the 50s (no more war!), 60s (Australia isn’t racist anymore!) and 70s (let’s have unprotected sex!) music and dance moves included. And you won’t believe what he does for the 2010s.

Self-Sabotage may be a hilarious list of all the mistakes from George Dimarelos’ life, but Self-Sabotage definitely isn’t one of them.

WHERE: The Bull and Bear Tavern

Looking for more MICF reviews? Here’s everything we laughed our heads off and loved at On The List.