MICF: Review of The Ballad of Frank Allan 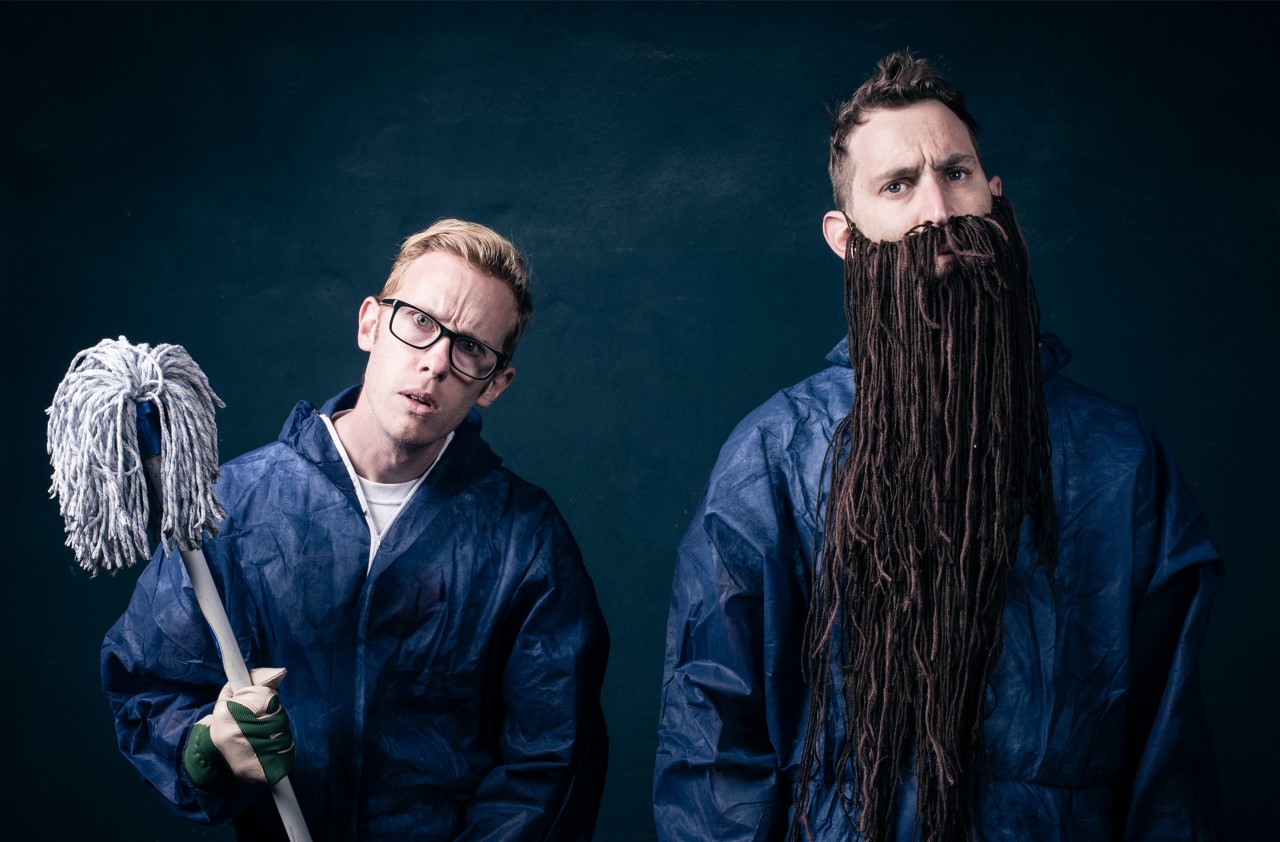 The Ballad of Frank Allen – ‘A comedy about a man who lives inside another man’s beard’ is just about as bizarre as it sounds! Shane Adamczak and St John Cowcher hit the stage at The Butterfly Club with their surreal musical comedy during this year’s Melbourne International Comedy Festival.

This ‘sci-fi buddy comedy’ tells the story of an accident in a science lab which causes a timid janitor to suddenly shrink and seek shelter in another man’s beard. It turns out, however, that this unlikely match may be exactly what these two men need to discover their better selves!

The boys were quick to break down the fourth wall (if you’re in the front row, you might want to bring a raincoat…) which had the audience on the edges of their seats wondering what would happen next. The show combines storytelling, musical comedy, physical theatre and drunken push-ups – you’ll have to see it to believe it!

It’s the unorthodox relationship between the timid janitor and the ambitionless bearded man that takes the cake, revealing to us all that a companion might be closer than you actually think (check your beards)!!

A great amount of effort and physicality was shown by Shane and John, making the show an energetic and memorable one. It’s definitely one of the most quirky and eccentric shows to be on the MICF bill, so get down in time to catch this bizarre performance!

WHAT: The Ballad of Frank Allen

WHERE: The Butterfly Club

Looking for more MICF reviews? Here’s everything we laughed our hearts at and loved at On The List.

Written By:
Bridie works in Marketing and Communications by day and spends her nights scouting out local bands in some of Melbourne’s finest live music institutes. Festivals, gigs and craft beers are her go to.