House of Dior Springs into the NGV 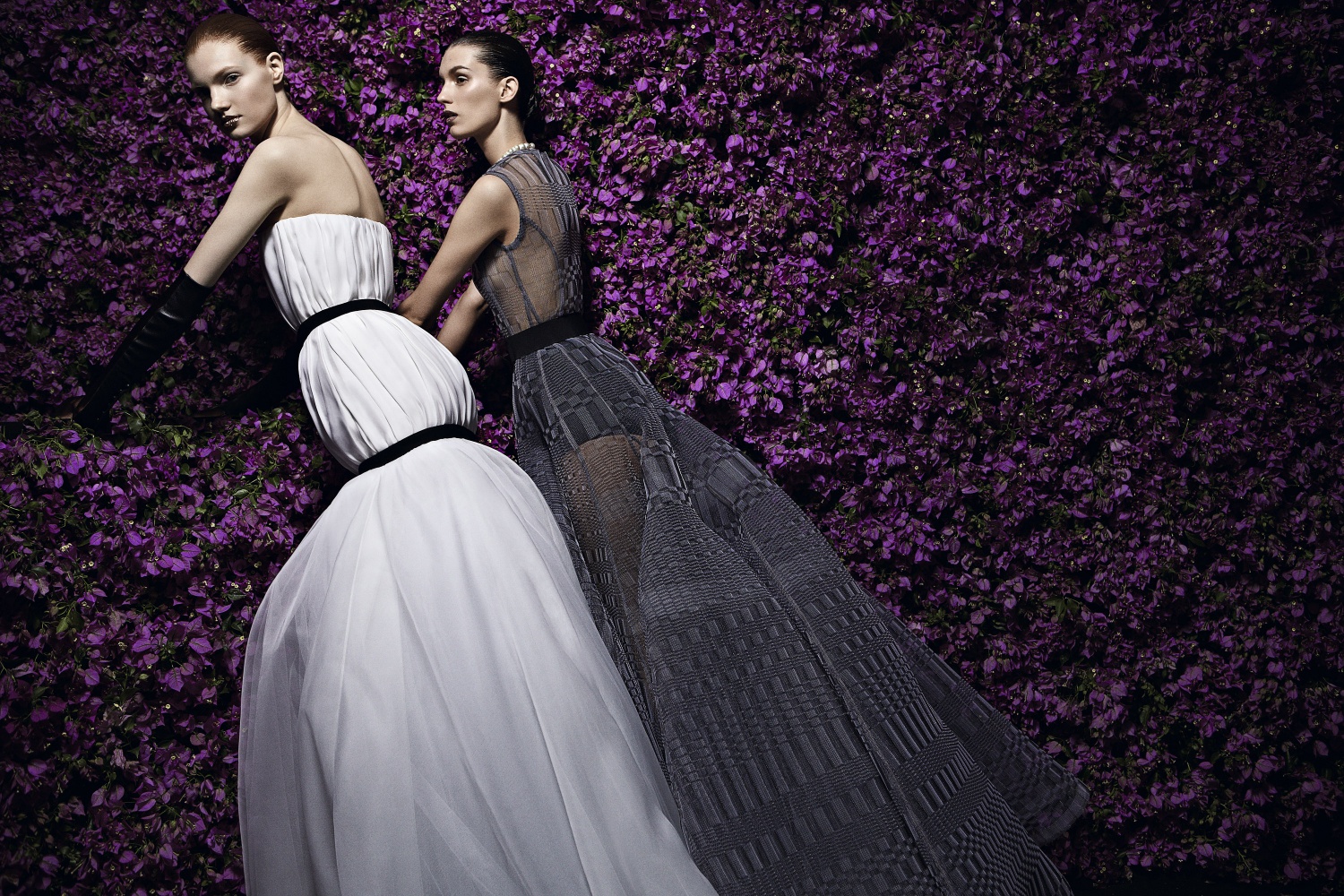 Spring in Melbourne is commonly associated with fashion and design as we welcome the changing season with Melbourne Fashion Week and the Spring Racing Carnival. This year we can add another event to our list, the House of Dior. In a Melbourne exclusive, catch this never-before-seen exhibition at the NGV from August 27 – November 7. And did we mention Dior-themed cocktails?

To celebrate the 70th anniversary of the couture house’s debut Spring/ Summer collection, the NGV is showcasing over 140 Christian Dior Couture garments –including Miranda Kerr’s wedding dress. The exhibition is comprised of 6 rooms including an Atelier, a shoes, hat & perfumery room and NGV’s biggest build to date involving a double-height mezzanine inspired by 30 Avenue Montaigne – the Dior headquarters. The double-height mezzanine pays tribute to four design codes that have become synonymous with Dior. The New Look was revolutionary for its time and its iconic nipped in waist and exaggerated hips has endured the test of time. Dior also loved to play with lines and manipulate hemlines, bustlines and waistlines to discover new ways to articulate the female form. He drew inspiration from the 18th century evident in the exaggerated silhouettes, architecture, decorative arts and heavily embroidered and woven silks of his garments. Finally, flowers were both an inspiration and common motif for Dior and can be seen in the embroidery, beadwork and even three-dimensional flowers of his pieces. The exhibition also delves into the rich history of the fashion house and into the contributions made by the six succeeding designers after Christian Dior’s sudden death: Yves Saint Laurent, Marc Bohan, Gianfranco Ferre, John Galliano, Raf Simons and Maria Grazia Chiuri. Despite their varied backgrounds, interests and perspectives, they have all brought their distinct flair and style to Dior. Millinery, shoes and perfume make an appearance as well with hats designed by Dior himself sitting alongside headpieces created by his successors. Stephen Jones, who has created pieces for John Galliano, Raf Simons and Maria Grazia Chiuru, notes that while each designer is brilliant in their own right they differed in their approach. Jones shares that Galliano was always interested in the story behind each piece. An example is the petal hat on display. It’s inspired by a Chinese girl going to a cocktail party in Egypt in the 14th century. See if you can spot it when you visit! The exhibition also captures Dior’s unique relationship with Australia. From the historic spring fashion parade at David Jones in 1948 to the largest Dior retrospective ever held in Australia at the NGV opening this weekend.

Looking to make an event out of it?
NGV Fridays will be back again from September 1 – November 4. Expect food and drinks alongside live performances for local and international acts all while taking in the stunning House of Dior exhibition.

After exploring the House of Dior exhibition, head to Sofitel Melbourne On Collins where master mixologist and Atrium bar manager, Marc Dasan is serving couture cocktails inspired by Dior’s codes of conduct. The New Look parfum cocktail is crafted with Remy Martin VSOP, Tanqueray Gin, Earl Grey syrup and a dash of Pernod and grapefruit bitters served in a frozen perfume bottle made entirely of ice.

The 18th century-inspired cocktail is made with Kettle One Vodka, Crème de Cassis, Crème de Mure and lime juice with white chocolate and pineapple foam, garnished with Persian saffron fairy floss. The gold accents highlight the opulence of the times while the fairy floss is a nod to Marie Antoinette’s most famous hairstyle – the pouf.

The line cocktail is a mix of Spiced Rum, Pedro Ximenez and Mozart Dark, garnished with a fresh fig. ‘The sharp lines of the martini glass paired with the soft curve of the fig gives the cocktail a signature silhouette.’ – Marc Dasan

The floral cocktail is created with Grey Goose Le Citron, Lillet Blanc, Crème de Violette and Rosewater infused ice sphere with a frozen pink rose. As the frozen rose sphere melts into the cocktail, it releases sweet and citric flavours.