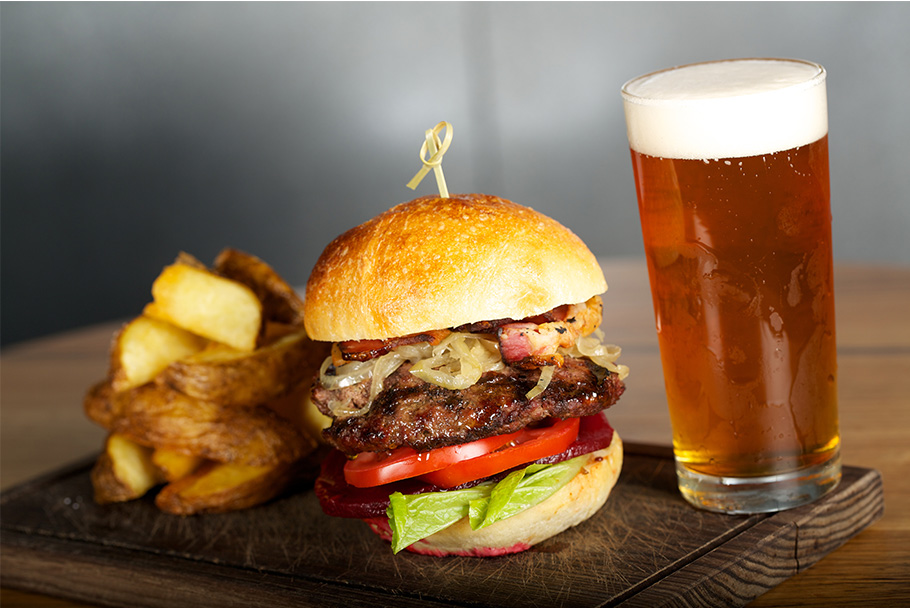 Get ready to kick some goals with the AFL Grand Final hitting Melbourne this long weekend On The List. We all know choosing a team is the easy part *cough Doggies*, it’s sometimes tricky picking where to watch it, so we’re made it a little easier by putting a list together for you. Make sure you get in quick before the game’s over!

Kick off the Grand Final with the Footy Festival over at the MCG. Its hard not to score with the film screening on the Thursday night. If your MCG cravings weren’t already satisfied, then hit up the Grand Final Eve concert in Yarra Park on the Friday night which will surely put a song in your heart. All of this is topped off with coming together with an AFL twist on their classic token dishes.

Before you hit the Grand Final, make sure you feast your eyes on the Grand Pie-Nal – the pie eating competition at Queen Victoria Market. They have managed to capture the magic of having a toasty pie in your hand at a roaring football game. You get to watch 6 finalists go head to head in a match just as epic as the Grand Final itself. Nothing makes you want to stuff your face with a hearty pie than watching a group of professionals do it competitively.

Parade through the Grand Final Parade

Stopping by the parade, does not mean stopping the party. Its an annual tradition, so it should be put on addition.

*  There are multiple stops across Melbourne so make sure to check the timetable to see the action!

With the Grand Final a ball’s throw away, make sure you check out the following for tickets. Seats are filling quick so make sure you get in quick!

If you’re hungry for the AFL, then you’ll definitely be starving for a BLT. The Merrywell at Crown combines the most important game of the year with the most important meal of the day. Have the breakfast of champions before you see the actual champions at one of the many sports bars at Crown.

We’ve got a hunch that you’re going to want lunch so we’ve got the barbeque just for you. When it comes to grabbing a bite before the epic Grand Final, Leftbank’s lunch takes the absolute title. Forget the old shrimp on the barbie, and have a red hot crack at their black peppered,crispy pork belly.

It doesn’t get any more Melbourne than a laneway party for the Grand Final tucked away in Chapel Street. Sister of Society are making their mark by expanding across the entire corner of the street with the game on the big screen to bring a sanctuary of good food, good bevs, and an even better time.

Don’t cry for me Argentina. But definitely cry over San Telmo’s fiery take on Argentinian cuisine. If that doesn’t get you crying, then the free beers on arrival for their Grand Final promotion will. This isn’t a drill: you have to try this fiery Latin grill!

If you’re not a sheep like everyone else, than the Woolshed Pub is for you. When you’re not looking at the game, you get to look at their prime view of Port Melbourne. Grab a sex on the beach at a bar over the docklands. And if you’re still feeling the chill of Melbourne winter, snuggle up in the fireside room — sure to make your heart melt. They’ve got everything to make your boat, absolutely float.

Leave your acoustic guitar at home because the Royal Derby Hotel has got you covered. Relax in their beer garden with a beer or two in hand. You won’t even care if your team wins. Who doesn’t love the sound of that?

Just around the Riverbend is Riverland. Get washed away with their titanic Grand Final offer. Your heart will go on with the waterfront views and DJ’s tunes. They’ve got your footy thirst covered with barbeques and beer, so swim over spend your booking here.

Like the proverbial falling tree that nobody sees, is it really the Grand Final if nobody is there to give commentary? On your mark, head to On The Mark at the Fringe hub for some big wigs in comedy: Laura Dunemann and Geraldine Hickey. This is for those who live, laugh, and love stand up while sitting down.

If you can’t enough of the AFL spirit, then take a trip down memory lane by going on the actual lanes of the MCG. After the final goals, the doors of the arena are open for an exclusive sneak peek at the actual stomping grounds. In this case, the grass is definitely greener on the inside remember to make a booking!

Trung Le is a screenwriting student at the Victorian College of the Arts. If he is not watching Sex and the City, then he is eating at the Elizabeth Street Schnitz. Follow his instagram if you love yourself.