Figure out, ‘Who is Banksy?’ at the first ever Art of Banksy Exhibition in Melbourne 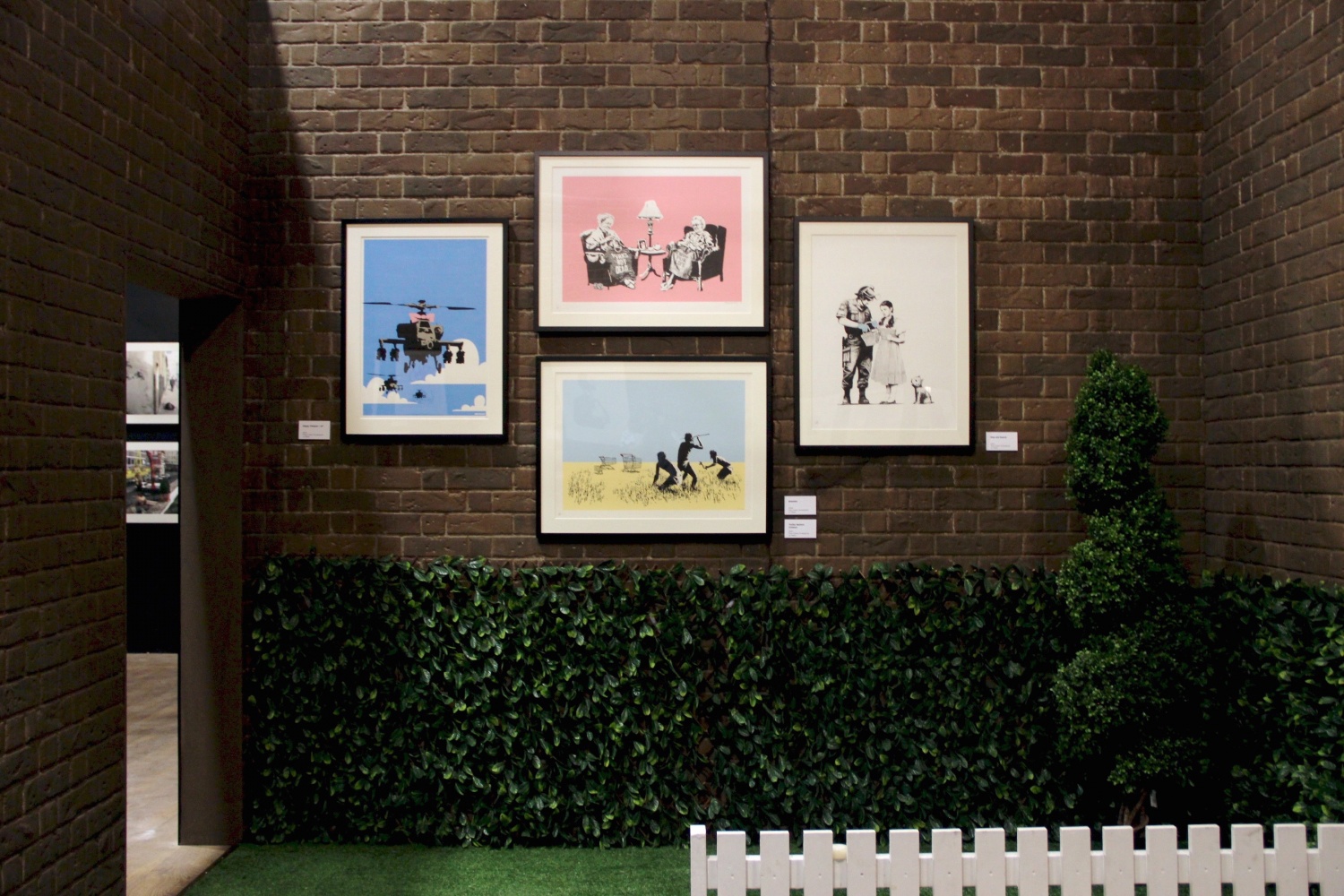 “Who really is Banksy?” Is he a criminal, a misguided prankster or an artistic genius? Today we had a sneak peak of the Australian-first, The Art of Banksy exhibition which is opening this weekend at The Paddock at Fed Square. With over 80 works spanning 15 years from the world-renowned and controversial street artist it it’s up to you to decide what label he deserves.

>>> WIN A DOUBLE PASS TO ART OF BANKSY HERE

Steve Lazarides, curator and the former agent of one of Britain’s most successful and mysterious artists says, “These paintings were created 15 years ago, but they continue to remain relevant today”. As for the identity of the artist, Steve’s lips are sealed. Banksy’s reasons for anonymity range from the pragmatic to the artistic. Back when Banksy was starting out, there were strict laws against street art and anonymity was a way to evade jail time and fines. More recently, Steve suggests that Banksy’s motivation to remain anonymous is so that the art can speak for itself.

This is evident when walking around the exhibition space. Text is minimal and labels are sparse leaving you to discover the message behind his work. The message of Burger King Kid is evident and highlights political and social problems like poverty and consumerism. The message behind Banksy’s work can also be devised. Girl with Balloon was originally not a very popular piece of work. It was only in more recent years that it gained prominence when used in the Free Syria campaign. Although Banksy is known for his stencilled graffiti work, he is a multi-disciplinary artist. His paintings and sculptures are on display alongside Steve’s photographs of Banksy’s earliest work. His screen printed work are influenced heavily by Warhol and you’ll be able to see his version of Warhol’s iconic Campbell soup. Banksy’s Monroe version has Kate Moss in an identical pose. Steve adds that he is most proud of this section because Banksy’s goal had been to provide cheap, affordable art to the masses and screen printing allowed him to do that. Unfortunately since then the prices of Banksy’s art has skyrocketed. However, you can still take a glimpse into the mind of Banksy and his satirical street art. All you have to do is make our way over to The Paddock.

INSIDER TIP:
The guys from Welcome to Thornbury will have you well-taken cared of with Melbourne’s most loved food trucks. Don’t forget to grab a Bucha of Banksy cocktail (kombucha, gin, dry ginger & fresh lime) to go along with your meal at Circle Bar! We also hear the massive outdoor area, The Railway, will be hosting live DJs on selected Friday nights and Saturday sessions. Girls night out or date night sorted! WHAT: The Art of Banksy Exhibition

WHERE: The Paddock, Federation Square