Melbourne BeerFest on for the first time!! 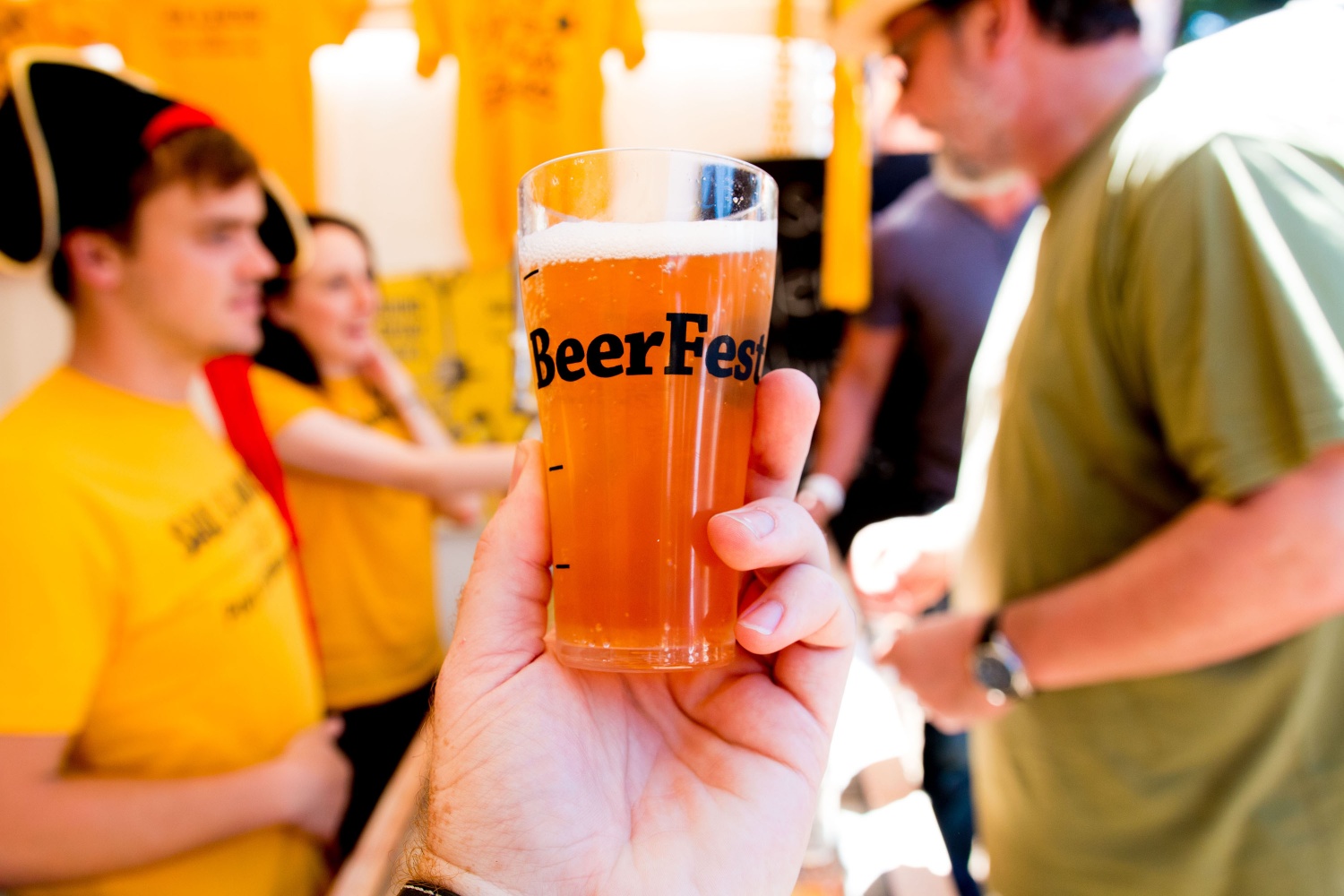 First this fantastic event was hosted in Western Australia, then Tassie and now BeerFest is landing in Melbourne on Sunday March 5, and we couldn’t be more pumped! With over 30 breweries, more than 250 beers and ciders to sample and entertainment throughout the day, it’s a ripper event for you and your mates! We’ve got tickets for you and 3 mates to head along on us, just enter here! And of course, we’re hooking you up here with the Melbourne brands that deserve to make it onto our (and your) list for the day.

BEERS
Prickly Moses
These guys are bringing in the big guns, rather they’re bringing an entire bus! They’ve got great beer, but it’s their Forbidden Fruit Cider that’s truly exceptional. Sure, you could grab a typical apple cider. But these guys have got flavor combinations that will blow your mind. Think flavors like apple berry and our personal favorite apple mango. Also, keep an eye out for their seasonal Blueberry Hefeweizen, it’s the perfect accompaniment to great summer weather.

Two Birds Brewing
Beer isn’t just for the lads, and Two Birds Brewing is here to prove it. Australia’s first female-owned brewing company will be offering a range of beers. And while their Taco Beer is intriguing, we just love their classic Golden Ale. Give these Australian babes a shot. You’ll discover that they don’t just keep up with the boys. They may even beat them.

Kaiju! Beer
What do you get when you combine great beer, fantastic graphics, and some super cool monsters? You get Kaiju! Beer! Kaiju means strange creature in Japanese. But we’ve got to say that while it suits their lovably quirky monsters, there’s nothing strange about their beer. They’ve got an unbeatable Aftermath Double IPA, with just the right amount of malt backbone to smooth out any bitterness. Another one to try is their Where Strides the Behemoth Double India Black Ale.

Soleil Lychee Beer
Is it a beer? Is it a cider? Who knows! What we do know is that it’s absolutely delicious. Okay, to get slightly technical it combines a lightly ‘hopped’ craft beer with the sweetness of lychee. And it’s absolutely brilliant. The flavors meld together beautifully and it’s so delish that we’re sure even your beer averse friends will love this.

Hawthorn Brewery
If you’re more of a traditionalist, then this is the brewery for you. Widely considered as one of the grandfathers of the craft beer revolution, Hawthorn Brewery is very much a part of the Australian beer scene. They’ve got the usual pale ale, pilsner, amber ale, IPA, and golden ale (all award-winning, of course). But be sure to try out their seasonal Summer Witbier, a Belgian-style white beer with a spice twist.

Temple Bay Brewery
One of Melbourne’s buzziest breweries has less than half a handful of year round beers. But it’s quality over quantity at Temple Bay. The first option is their Bicycle Ale, a crisp and fresh summer ale. Looking for something more full flavored? Give their Anytime IPA a shot. Aside from those two mainstays, they’ve also got their Powerstance Pilsner, New World Order American Stout, Rye Hard IPA, and Hazy Days Hefeweizen.

FOOD
After all that boozing (ahem. I mean tasting), feel free to grab a mouthwatering burger from either Mr. Burger or Moo-Baa-Cluck Burger Bar. Seafood lover? Pick up some calamari from Two Men & a Lemon. But whatever you do, don’t forget to leave space for dessert! St. Gerry’s waffle on a stick and Greek doughnuts are to die for. In fact, we suggest you try both (we won’t judge!)

ENTERTAINMENT
Be sure to enjoy some live music from Oscar Lush, Alex Rohan, and more! For a good dose of laughter, check out Cal Wilson and the other comedic acts, it’ll tickle your funny bone!

For the beer connoisseur, Masterclasses will be the highlight of the day. We’re particularly looking forward to Beer & Food Matching and Beer Appreciation.

Finally before you leave the festival, be sure to participate in the People’s Choice Awards and vote for who you think is the best Brewer of Beerfest 2016.

Looking for something else to do this weekend? Here’s everything that made it On The List.