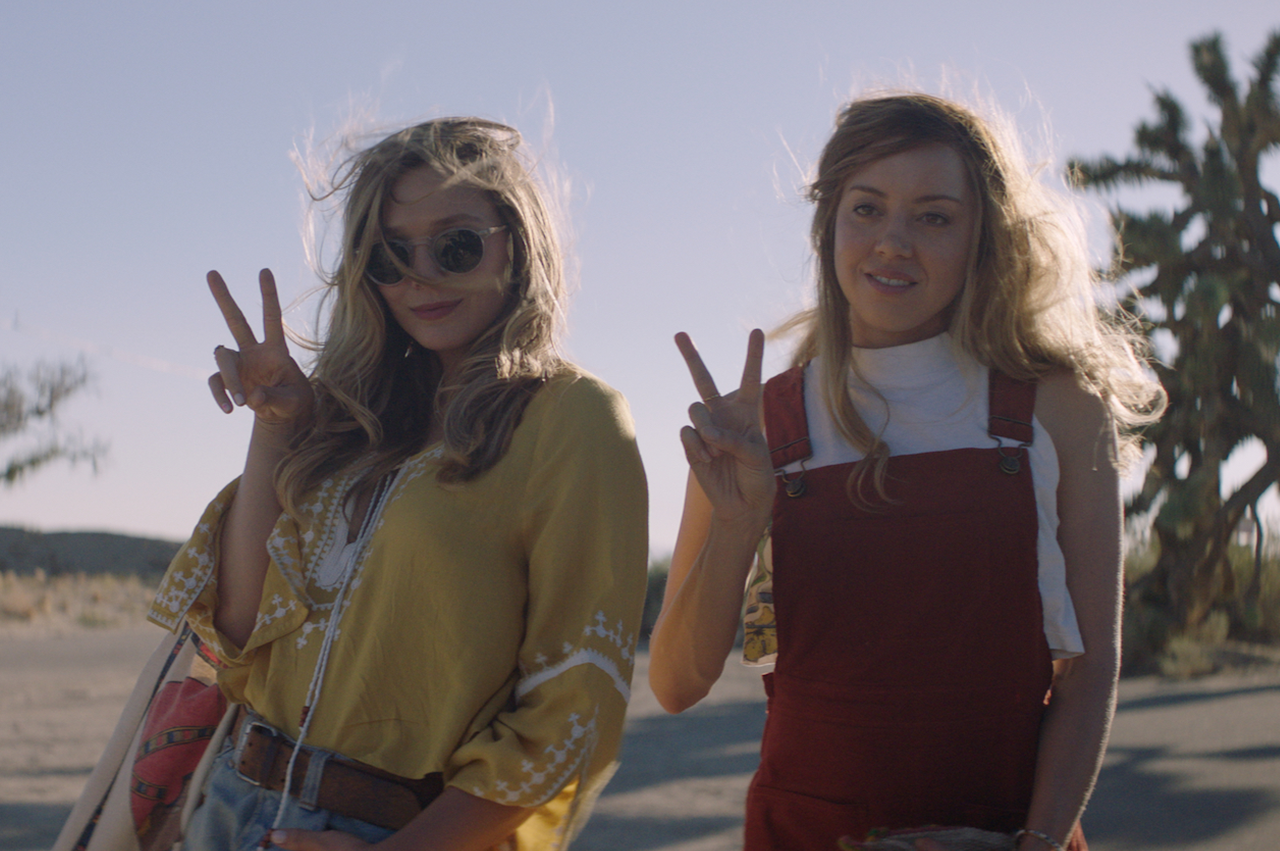 Back for their 65th year, the Melbourne International Film Festival (MIFF) is taking over screens in 8 theatres across Victoria. With over 300 Australian and international films to choose from, making a selection can be tricky. Luckily, On The List has you covered with 8 must-see films about women, by women.

1. That’s Not Me (Comedy)
This laugh-a-minute comedy features, Aussie actress, Alice Foulcher in a double role. Foulcher takes on the roles of Amy, a famous actress, and her twin Polly, a struggling actress stuck in a dead-end job. Saying more would spoil the film – but it’s a laugh riot, and well worth checking out!

2. Ingrid Goes West (Comedy-Drama)
Aubrey Plaza stars as Ingrid Thornburn, an introverted woman from Western Pennsylvania, who becomes obsessed with, celebrity influencer, Taylor Sloane (Elizabeth Olsen). Taylor has the perfect Insta-worthy life in sunny LA and Ingrid wants to be a part of it, so Ingrid goes west in an attempt to befriend Taylor IRL. You can only imagine how wild, unsettling and disturbing her behaviour becomes. 3. Australia Day (Drama)
This drama-packed film follows a diverse set of Australians throughout a single and important public holiday – Australia Day. There’s an Aussie farmer, an Indigenous policewoman and a young Asian girl. Although their lives couldn’t be anymore different, they find themselves thrown together by chance and misfortune. The film highlights and challenges the idea of Australia as a multicultural melting pot and will have you questioning the land we call ‘home’.

4. Unrest (Documentary)
Unrest follows Jennifer Brea a clever and ambitious 28-year old Harvard PHD student who is diagnosed with Chronic Fatigue Syndrome right before her wedding day. At it’s heart, the film is a love story that brings light to this mysterious and often-misunderstood illness. It’s also a chance for viewers to learn more about its impact and the ongoing search for a cure. 5. Girl Unbound (Documentary)
Maria Toorpakai Wazir is a squash player from Taliban-controlled Waziristan. Women are forbidden to leave their homes without a male relative and the idea of a woman on a squash court (or any sporting ground for that matter) is unthinkable. Undeterred, Maria fights for her freedom to play amidst death threats, migration and the pressures on the court and in doing so smashes through Pakistan’s conservative social constructs.

6. Sami Blood (Drama)
Set in 1930s Scandinavia, Sami Blood is centered around Ella-Marja (Lene Cecilia Sparrok), an intelligent Sami teen who is sent to a boarding school that specializes in integrating Indigenous Sami with white Swedish society. Faced with racism and discrimination at every turn, Ella-Marja struggles to balance her dual needs for assimilation and identity amidst teenage adolescence. 7. Locker Room (Drama)
Can a guy and a girl ever just be friends? An intimate examination of the relationships between men and women, this short explores what happens when a young female teen (Bridie Noonan) discovers a secret group chat between three male friends. Can she remain friends with them? Does she confront them? What happens next?

8. Motherland (Documentary)
Heart-breaking, awe-isnpiring and gripping. Motherland takes you into the heart of the hospital with the world’s highest birth rate. The film is an immersion into the lives of overworked and understaffed medical professionals, uneducated and impoverished young mothers and unplanned babies in Manila, Philippines.